Get The Newsletter
An initiative of the U.S. Chamber of Commerce Foundation 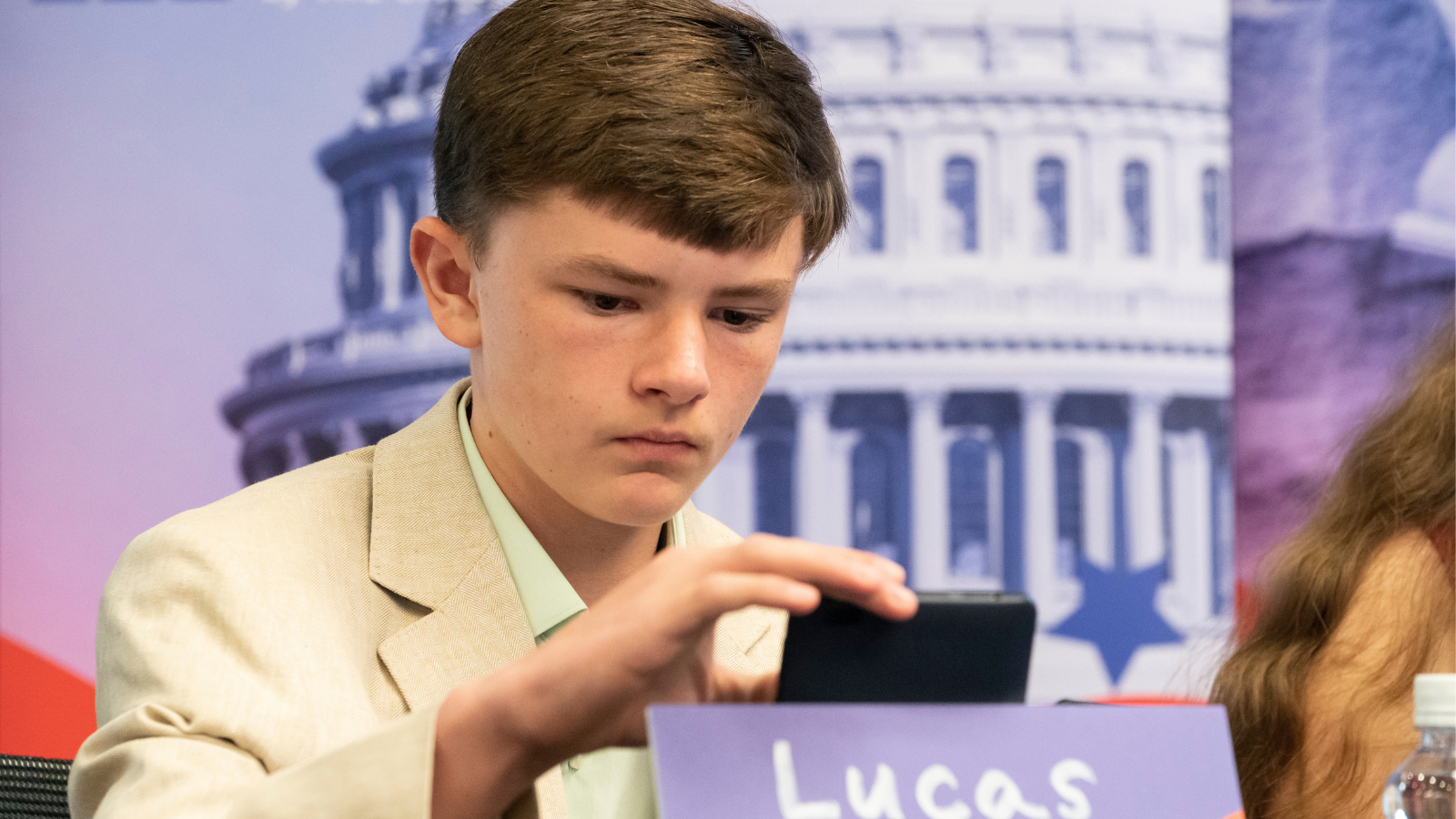 “What do you have to lose? You really have nothing to lose from this, but a whole lot to gain.”

When asked what he would say to a student who is considering competing in the National Civics Bee, this was the National Civics Bee first place winner in Kentucky, Lucas C’s advice. The Kentucky Bee was hosted by the Kentucky Chamber Foundation in Frankfort, Kentucky. Lucas lives on a farm with his parents, where he helps take care of sheep and showed them at the Kentucky State Fair earlier in August. His upbringing inspired him to write his essay on Kentucky Proud Products – to ensure his community has access to local healthy foods - “I actually wrote a couple of different essays. Kentucky Proud Products are close to me, I live on a farm and raise sheep and show sheep, so it seemed like something close to me that really mattered.”

In preparation for the bee, Lucas utilized the study guide, saying it was the most helpful tool to help him prepare: “For the questions, I had already thought it out since it had been on my mind for a while.” Lucas also received support from his family and teachers in order to prepare for the bee. His teachers helped him edit his essay for grammar errors, while making sure he came up with his topic ideas on his own. He normally works on his parents’ farm in the afternoon, but his parents gave him some afternoons off to prepare for the bee, which he said was a big help.

What was Lucas’ favorite part of the bee? “Winning was up there, but I’d have to say giving the speech. Talking about my essay to people really seemed to connect with them – that was probably my favorite part.” Having just begun classes for his first year of high school, we asked Lucas if he had a newfound interest in civics now that he’s competed in the bee: “For sure! It’s definitely something that brought interest to me when I first started the bee, and I probably will try to see if I can take classes on it.” When we asked if civics was a topic of interest at his high school, he noted that a lot of his fellow students “don’t necessarily know it, but they do talk about it.” While they might not say “civics” in particular, students are talking about civic-related topics – voting, and more.

When asked what he might be interested in for a career, Lucas really enjoys farm work and is thinking about being a veterinarian. His life experience and passions are clearly visible in his essay, which set him up for success to win the 2022 National Civics Bee in Kentucky. Congratulations, Lucas!

Civics affects us all! Profiles in Civility are real world examples of civility being practiced in your community. Click on an article below to learn how businesses are finding ways to to be more civic minded. 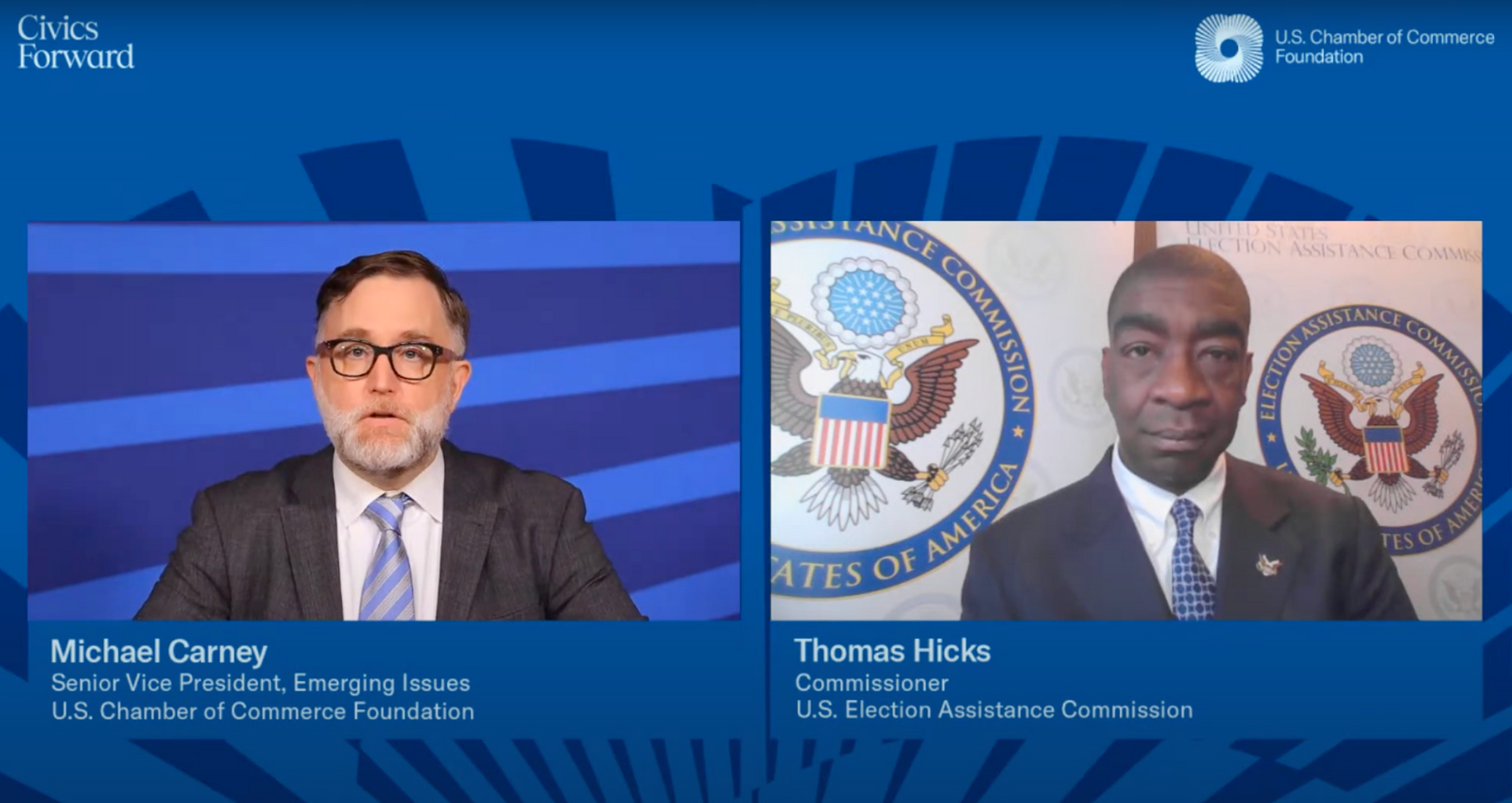 U.S. Chamber of Commerce Foundation’s Senior Vice President of Emerging Issues, Michael Carney, sat down with Thomas Hicks, Commissioner of the U.S. Election Assistance Commission, to discuss the future of the electoral system and how business employers and employees can engage.

What was Lucas’ favorite part of the bee? “Winning was up there, but I’d have to say giving the speech. Talking about my essay to people really seemed to connect with them – that was probably my favorite part.” 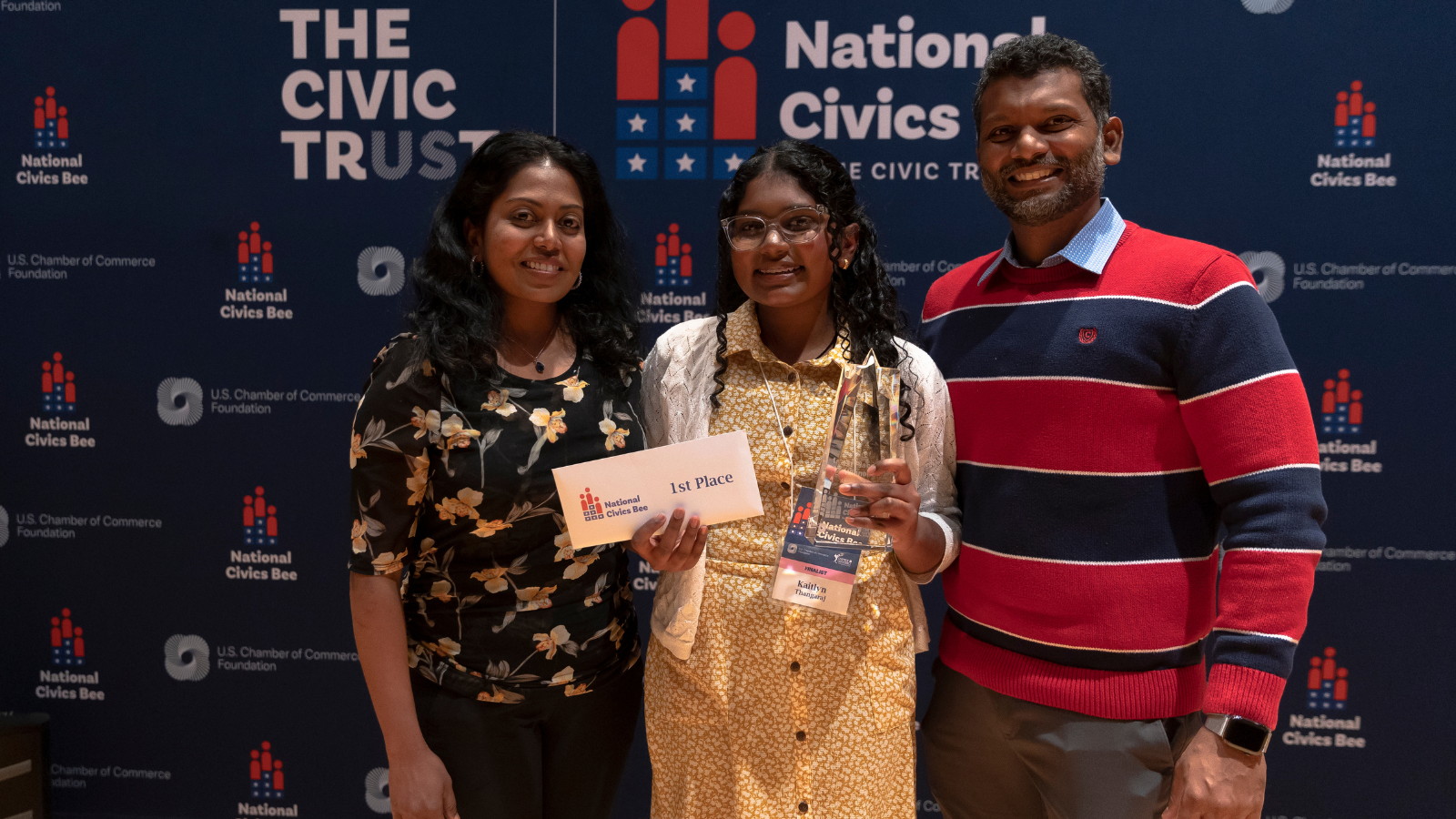 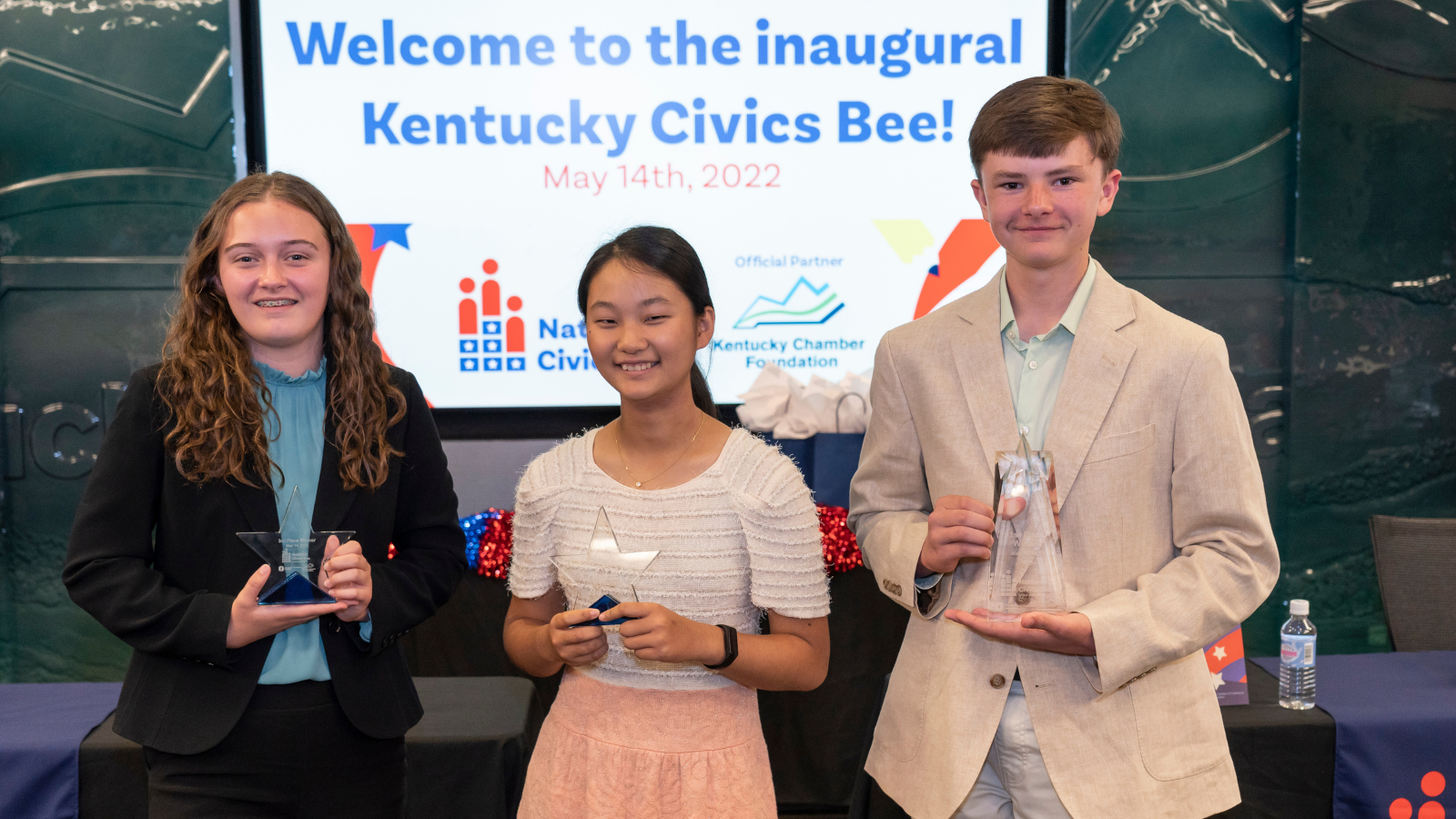 The National Civics Bee pilots closed out the year strong with the Kentucky Chamber of Commerce Foundation hosting a competition in Frankfort County on Saturday, May 14, 2022.

Thank you! Your submission has been received!
Oops! Something went wrong while submitting the form.